Four weeks, but not a day that has a lot to report on, as most of it was spent in the car driving from Whitianga to Paihia – about 8 hours. The Craicor Boutique Apartment is terrific so far – but yet to be tested by a night! 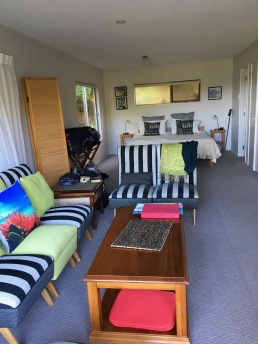 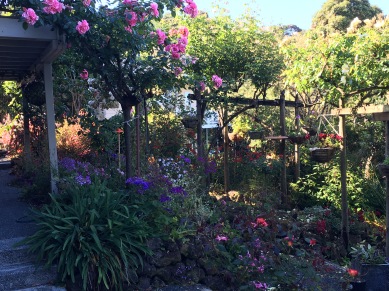 D has written several times of the driving conditions on the North Island, but has not included them in the published blog because he didn’t want to appear whingy (is that a word?). But today was the last straw, with one maniac – the word is used advisedly – tailgating others then us at 100 kph for about 50 kms, with no opportunities for him to pass. In the end, he did, on a passing lane, but so impatient to get by that he was within centimetres (no exaggeration) of our rear bumper bar for about 50 metres. He was the worst of several such instances – and the traffic was heavy in both directions, so there was little to be gained from such moves. And what was worse, Fairies, was that he was driving an Outback!

So here’s what I wrote on Thursday 30 November:

‘Driving conditions on the North Island has been a startling change since the relaxed environment in the south. Firstly, there are vehicles rushing everywhere, but far fewer motorhomes, and there is very little quarter given. Secondly, tailgating seems to be an art form outperforming even Canberra: we had one vehicle, that could only have been closer if actually connected to our tow bar, following for a good 50 kms, at speeds up to 100 km/hour – and when easy opportunities to pass were available, just stayed there. Bizarre – and unsettling. And thirdly, road works speed restrictions, as reported before, are ignored. But for all the frenetic traffic activity, there has been no other ‘road rage’ of any sort – fingers, gestures, mouthed words, horns etc – at all’. 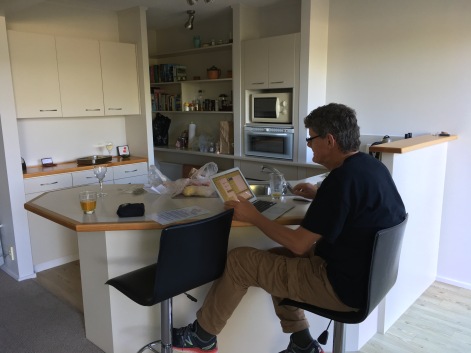 Which is partly why T doesn’t get the wheel (and she’s mostly happy with that). She takes in the views and now that there is radio coverage, has enjoyed some lovely concerts. The winding roads and sitting down low in a Mazda3 remind her too much of ‘the gliding experience’, so the road is not nearly as comfortable as the van time.

Tonight there’s a chicken dish in the oven and the yachts in the bay provide the extra peaceful finish to the day, albeit D is still cranky at Telstra and has added to his diary of failed connections.