Skip to content
Home“Alberta, Let Your Hair Hang down…” 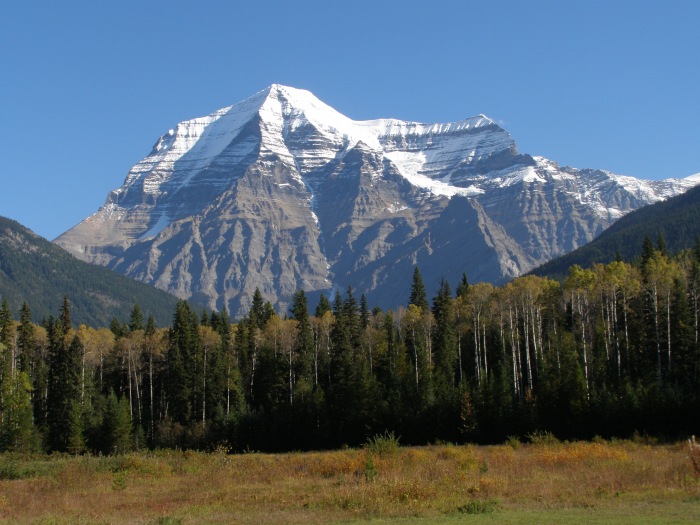 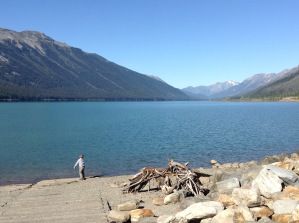 Four weeks in….my, how time flies. Heading for Jasper (Alberta) today. Along the way 2 short stops: one at Moose Lake boat ramp where a small boy was doing what small (and not so small) boys love to do with stones. 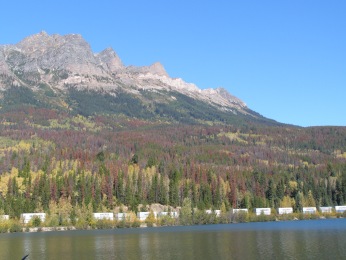 And then a walk in bear – forest at Whitney Lake, where the grandeur of a freight train (D estimates at least 1 km long) rolling beside the water’s edge was captivating.

We reflected on the juxtaposition of this mechanical behemoth with a solo cyclist from Delhi who was 5,000kms into his 18 month journey from the top of Alaska (Prudhoe Bay) down to Argentina! Plan? Make it up as I go…My bike and I flew into PB….only one road from Prudhoe Bay to Fairbanks…The timeframe? End-time, December 2017. He was up for a chat; he’d decided to do this bike ride in slow time, as the backpacking he’d done before (just from A to B) was not delivering enough of a cultural experience. He admitted to carrying lots of food, including original cornflakes supply from home. We wondered how he chose his campsites, in a little tent, in bear country. T is reading the story of Chris McCandless, a young American guy who hit the road in the US in a Datsun, hitched up to Alaska and then walked into the Denali wilderness to find himself (he was found dead). We wondered at the motivation of this Indian cyclist….he said his blog is happening a bit sporadically at landscapeexplorer.com. We’ll check on it at next connectivity point. 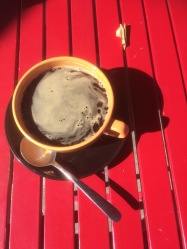 Then to Jasper in brilliant sunshine. The coffee confusion continues. The “Red Eye’ seemed to be an extra strong espresso. D ordered the double, from the menu and after checking with the server, so this was not of his imagination – this is what arrived, and by the way that is a soup spoon! T enjoyed her latte; he almost drowned.

There have been 4 days straight of warm clear weather, after rain all of August and a blizzard only 5 days ago. So the cruise on Lake Lavigne was pretty special. We arrived at 1545 for the 1600 (last boat of the day) cruise – mostly complying in the 60 minutes we had to get there with the 60 kph speed limit over the 48 km leg -and T got the last 2 tickets. She likes to time things finely (T wrote that: D has another description).

The views speak for themselves. 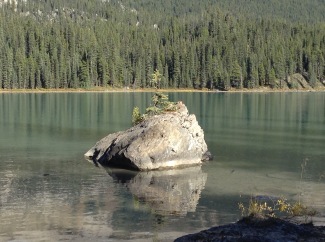 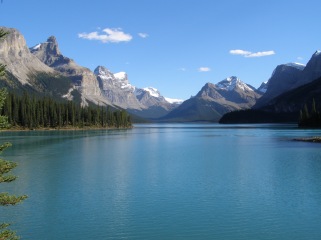 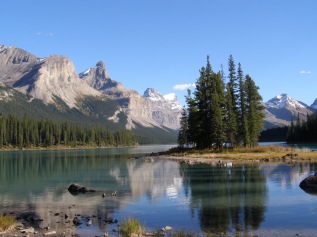 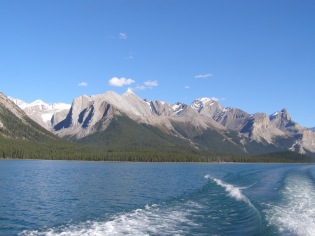 The bonus is the story of tourism/fishing at this lake. A bit like “Salmon Fishing in the Yemen”….the industry came about because an early adventurer/businessman recognized potential but there were no fish. It’s a lake fed entirely from snowmelt off the surrounding mountains and had no marine life till this guy brought in brook trout fingerlings, pack horsed in via whisky barrels. These fish were not enough sport, so the government introduced rainbow trout and ….freshwater brine shrimp (to feed the fish). …… they thought the rainbows would eat the brook and take over, but the rainbows inhabit the north end and the brook the south – living, spawning in comfortable proximity.

3 thoughts on ““Alberta, Let Your Hair Hang down…””