Day 8. Tuesday 31 May. Borgarnes to Reykjavik.

A slow start today – not quite a rest day, more of a relaxed one. Having decided to discover Reykjavik, an hour’s drive away, T wanted to cook the gold-plated lamb shanks ($30) ahead of time- so as not to be cooking at 10pm at the end of a day out– to discover that the shanks had no bones…turns out they were lamb fillets & enough for at least two meals. Our Icelandic language skills need some development. This kitchen moment was followed by the discovery that D’s ‘sourdough’ had some kind of berries: cranberries?? Unexpected, but delicious with T’s gold-plated goat’s cheese.

The drive to R is beautiful, following the fiord, flanked by black mountains (still shrouded in cloud) and water and green farmland. Rain accompanied us and after eventually arriving at our destination of Old Reykjavik despite our map reading, parked, donned wet-weather gear, got wet….then the sun appeared! But we were delighted that we needed to use all the wet weather gear we’d carted with us, even if only for 10 minutes. First stop: coffee at ‘the oldest café’ in town. The coffee was good, as it has been everywhere, but the service was ‘laid back’.  There were a few locals ‘extras’ on the set who added colour to the scene. 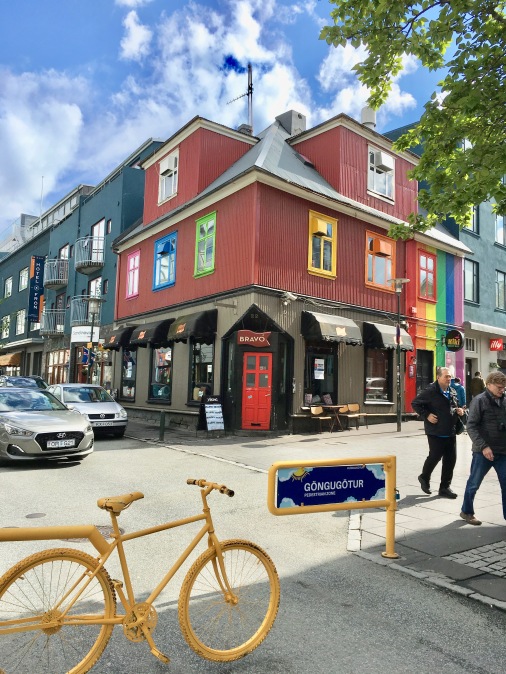 Continued through a pedestrian area, lots of Icelandic design shops, cafes, and several Op shops, probably mostly targeting the tourist traffic. T can’t help herself and entered the Red Cross shop: you never know what treasures await, but when the scarves are priced at about $15+, you know you are out of your depth. Conversations with a couple of retail staff gathered info about the recent collapse of a discount airline that is already having an impact on business; the summer season is fast approaching and tourist numbers are DOWN. So far on this trip there has been little evidence of homelessness (only once in Helsinki) but today there were quite a few – not glaringly obvious in most cases, but there in the background.

Historical learning today came from the Settlement Exhibition, an archaeological dig in the centre of town preserving the arrival of the Norwegian Vikings pre-1000AD. ‘Raiders and Traders’ was the theme. A small display, but a comprehensive explanation, and the actual site was the centerpiece.

Our walking gave an opportunity to enjoy the city buildings: stylish but understated. 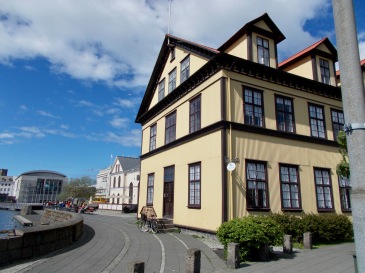 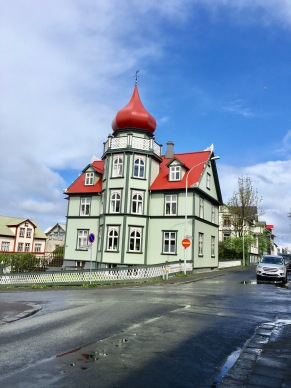 The house above was built to have electricity and running water connected, but well before either was available. That’s forward planning!

The one below has been adapted to the local scene. 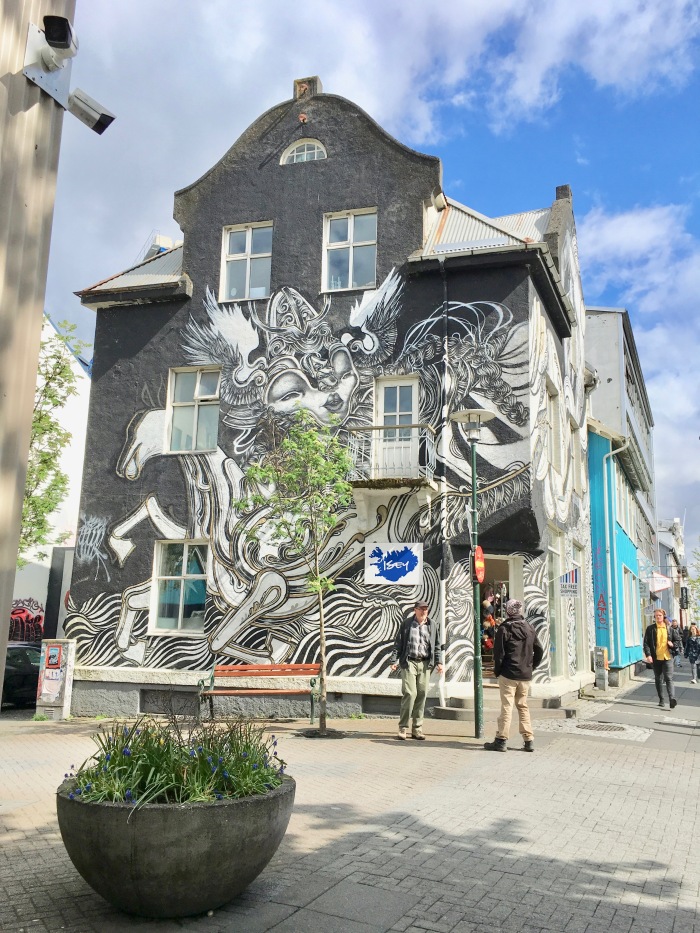 We then strolled a bit, felt the funky/punky scene and T finally braved it down the staircase to the Punk Museum to snap some slogans….spoke to the heavily pierced, green-mohawked guy, rolling a smoke at the bottom…’Is it ok to take a pic?’ & didn’t wait for an answer. That’s punk for you. 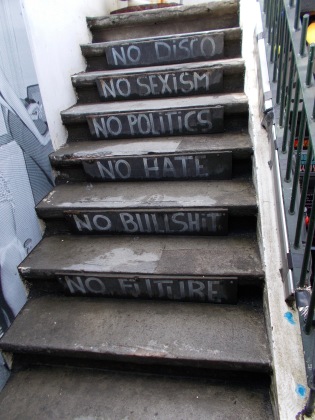 Hard to disagree with any of that apart from the ‘No Disco’.

Some street art moments, including city sculptures (plentiful, and a great range of styles), the very understated cathedral, and the Art Gallery. 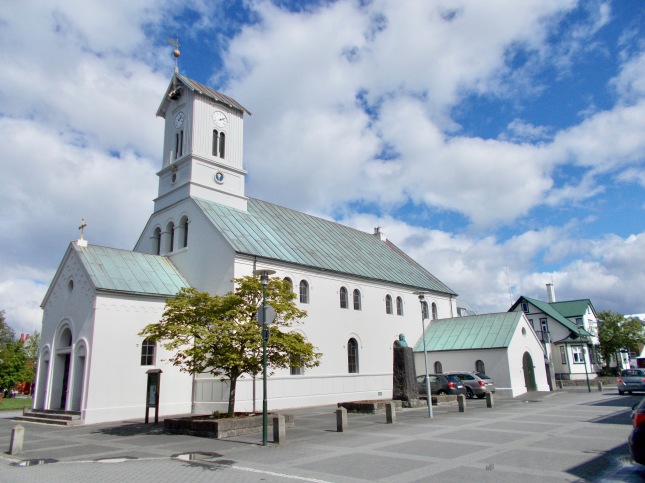 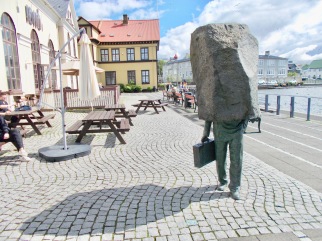 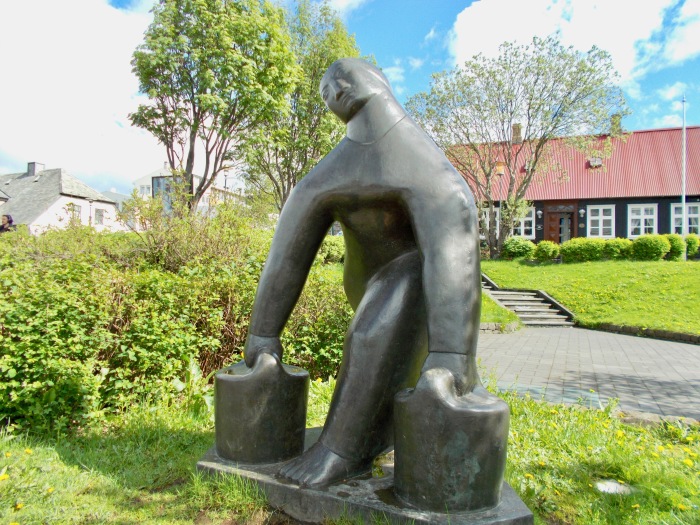 Then a short drive around the foreshore to park near a lighthouse and walk beside the beach. The birdlife was plentiful, swans, geese, ducks, purple sandpiper, terns, plovers, oyster catchers, gulls and godwits as well as cyclists (and as in Canberra, they mostly refuse to use their bell to alert walkers) and walkers taking in the late afternoon air. 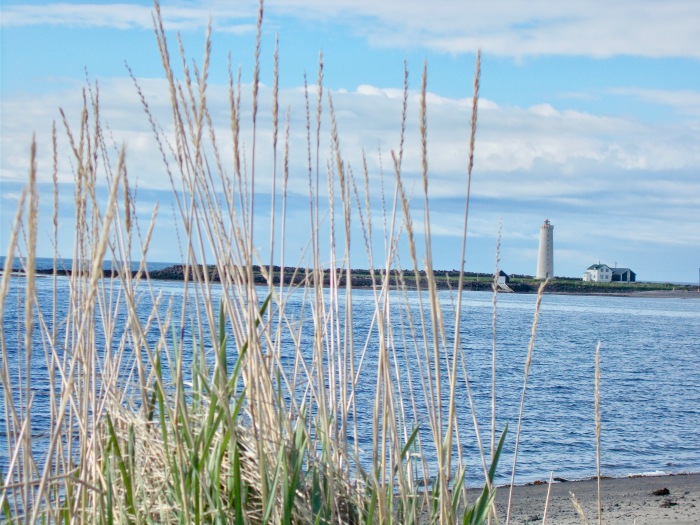 As we have found in Finland, Estonia and Iceland, a nod of greeting is rarely returned – usually impassively ignored. On the other hand, if a direct approach is made to ask a question, the response has been overwhelmingly positive. Shop and stall staff are an exception: they have been very keen to engage in conversation, often initiating it, and haven’t seemed disappointed that we leave without buying something!

The day got to around a very pleasant 12 degrees after a low of about 8 degrees and the wet-weather gear was not required beyond that first 5 mins!

Driving back in rush hour was not too hairy but there is little heed paid to speed limits, no one uses an indicator to change lanes (except D) and tailgating is an art form. However, there has been no display of ‘road rage’ even in situations where an Australian would have worn out his or her car horn – we have yet to hear a blast of frustration, anger or impatience. There are speed cameras on the main highway – D thinks that on three occasions he may have been ‘slightly’ over, for a good reason of course. It would be suitably ironic if the pedantic speed limit obeyer was pinged for speeding! There are also seemingly more roundabouts in Reykjavik than in Canberra, but they work better. The driver is mostly super cool, outwardly at least, and the passenger is settling in, outwardly at least.

You’ll be pleased to know that the lamb shanks, transformed into fillets, ended up Moroccan style in turmeric, ginger, lemon, coriander plus onions & garlic, cauliflower and potatoes and it was delicious. Leftovers on toast for D’s breakfast.

One thought on “A capital time”