Of course D had packed fishing gear but being a ‘foreigner’ a daily licence costs $25, opportunities and access are limited, and there’s never any guarantee, let alone knowing the right spots. Last night when a toothbrush bristle got stubbornly stuck and several attempts to dislodge it failed, T suggested that perhaps D could sacrifice a button on his shirt in order to obtain a length of thread to floss the bristle out. D had a better idea and opened the fishing bag; there was the perfect thing: braided line from Aldi! Worked a treat. So catching an 85 kilo flathead didn’t need the $25 licence after all.

The early departees announced their preparations and goings with banging and slamming – which acted as an alarm clock telling us to make our morning cuppa.

We took the scenic route south, hugging the coastline and for an hour or so we could have been on the NSW South Coast, where there were also lots of campervan perching spots. Then west through rolling green hills/sheep farms/small working towns, every square metre under production. At coffee o’clock in Balclutha, shop signage requested customers to remove gumboots before entering and indeed at the Gate Café, that’s exactly what two young women had done. One section of road between Clinton and Gore was officially named President Hwy…they can’t be serious!

The sky became brighter as the day progressed. A long day on the road – NZ standards – and here we are in brilliant sunshine at Manapouri. At the cruise office the booking officer commented how it was too hot for her here!

Tonight we are at Possum Lodge, a small, unpretentious mixture of campsites, motorhome sites and motel units, all dating from the sixties, at a guess. But it is relaxed and quiet, and not much daggier than us! Tomorrow promises to be a beautiful day on Doubtful Sound. 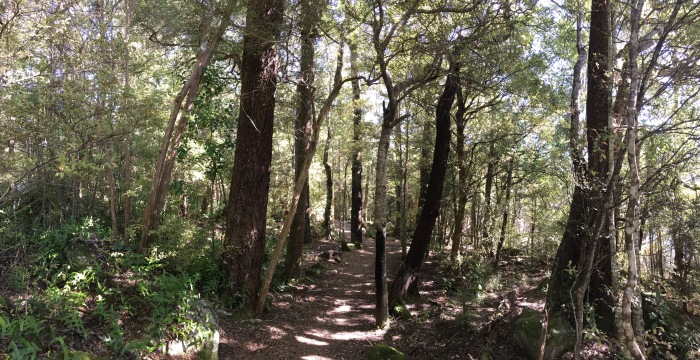 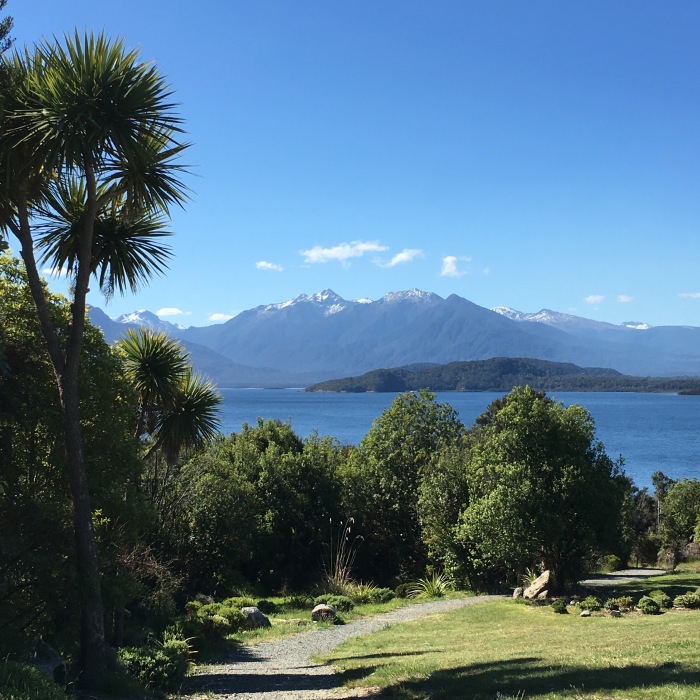 One thought on “A Day on the Narrow Winding Road South”