The morning presented a brilliant blue sky – as it had been all night.

Bussed into the centre ahead of a midday English tour of the Hanseatic museum and precinct we’d been at yesterday, detouring for the mandatory coffee to fortify ourselves for the day. We had intended to head to the funicular afterwards but put that plan on hold for later reassessment after seeing the queues of tourists spilling down the streets.

But most importantly, a bottle of wine for tonight was bought from Vinmonopolet. Decision was to go with a known wine that was not Australian, so Casillero de Diablo got the nod: you can’t go past a good Chilean. D carried it around for the rest of the day in the back pack, with more care than some of the babies being carried around in pouches.

The tour group was small – not sure what that says about the number of English speakers visiting – and was comprehensive and informative. D & T marveled at the stoicism of the young German apprentices in particular, who apart from doing all the hard work (starting ages between 12 and 15) were also indentured for 6 years, during which time they would stay in Bergen. The similarity with Duntroon was eerie: even more so when none of the Hanseatics was permitted a relationship with the local women. If that happened, there were penalties, the most severe seems to have been a fine of a barrel of beer to be consumed by colleagues. Sounds more like a reward than a punishment (perhaps the story has been misinterpreted in the retelling?)

It was a cold, dark life, particularly in winter. The buildings were mostly constructed from wood, so the fear of fire was intense, As such, it was limited to specific areas: the kitchens, obviously, which had lots of stone, and contained metal box fire places that were fed from stone enclosed access. But the main working areas and the dormitories were unheated – and no cuddling to help stay warm at night.

After this tour we wandered separately through the precinct, T being particularly captivated by the roof lines and overhangings.

Back past the line up to confirm that the queue had maintained its serpent-like length so we opted to head to Fantoft to the Stave Church using the light rail. Inside the church a delightful young lady provided a commentary – telling us also that she was to be married in the church shortly. It is not used regularly as it is now classified as a museum, but is available for special occasions (weddings qualify apparently) and for a service at Christmas. 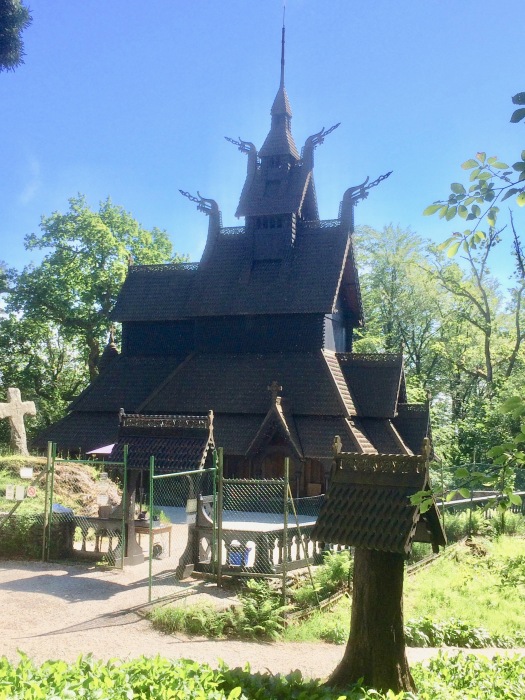 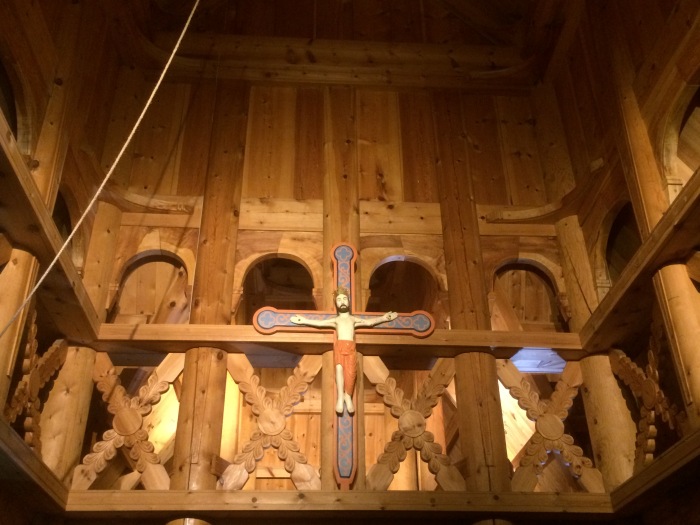 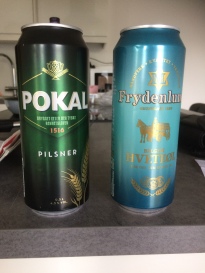 The search for the ideal beer continues. It’s a pretty even, average field.